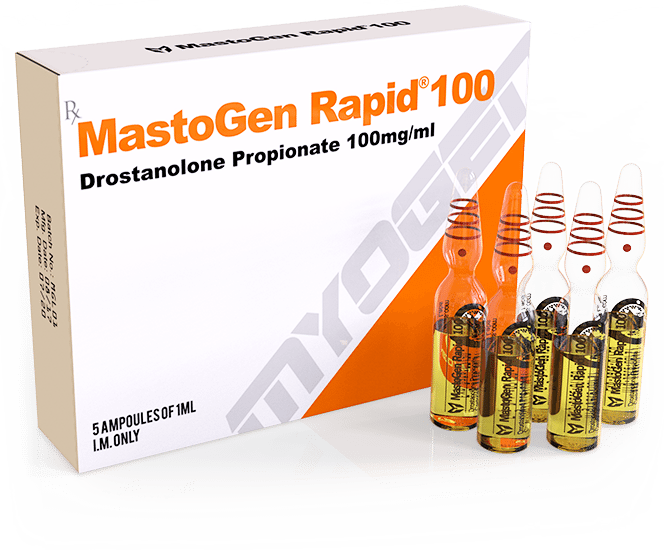 Masteron propionate (also known as Drostanolone propionate) is a very popular steroid among bodybuilders and athletes. Drostanolone is a Dihydrotestosterone (DHT) derivative which has been modified for increased anabolic performance.

Note: There are two different variants of Masteron:

MastoGen is a very popular anabolic steroid with moderate anabolic and low androgenic characteristics and it’s enhanced anabolic effects are increased by the addition of a methyl group at the carbon 2 position. In Bodybuilding it’s used in cutting cycles, hardening and drying muscles and improving tone and appearance and is even used as an aromatase inhibitor (AI). With its unique structural characteristics, it’s considered as an outstanding steroid.

*This product is only intended to be used for athletic research and purposes. Administration must be supervised by and discussed with your local physician.

The Key To a Hard and Ripped Body

Masteron is designed for those looking for enhanced performance and strength while building lean and hard muscles. The effects will be the most pronounced when used at the end of a cutting cycle. Masteron will help you lose those last stubborn pounds of fat to give you a shredded appearance you will be proud of!

As a DHT derivative, a significant benefit of Masteron is that it doesn’t aromatize (convert to estrogen). By inhibiting the aromatase enzyme, Masteron blocks the conversion of free testosterone to estrogen at the receptor level. This makes it efficient in increasing the amount of active free testosterone in circulation, additionally, it prevents estrogenic side-effects. It lowers the chance of water retention caused by some anabolic steroids and is especially beneficial for competing bodybuilders and athletes.

When it comes to athletic performance, MastoGen Rapid is an exceptional strength booster. It increases energy levels and allows the user to train with increased intensity. It is commonly used in cutting cycles in bodybuilding for its ability to increase strength while preventing catabolism.